Last week I mentioned how great Tumblr is for new discoveries. Well Buzzfeed is another great source for finding cool new corners of the internet.

This week’s discovery actually involves both of those sites. I’d like to introduce you to Problems of a Book Nerd. 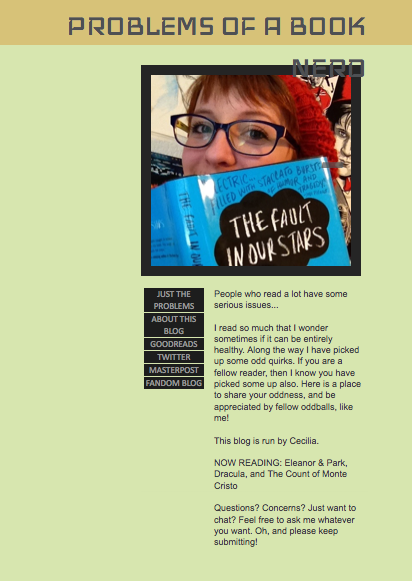 Thanks to this Buzzfeed post, I learned about Problems of a Book Nerd, a tumblr devoted to posts about issues book lovers face.

People submit “book nerd problems” and the creator of the blog goes through them and decides which ones to share, then numbers them, and posts them (at the time of this post there were over 650 “problems). 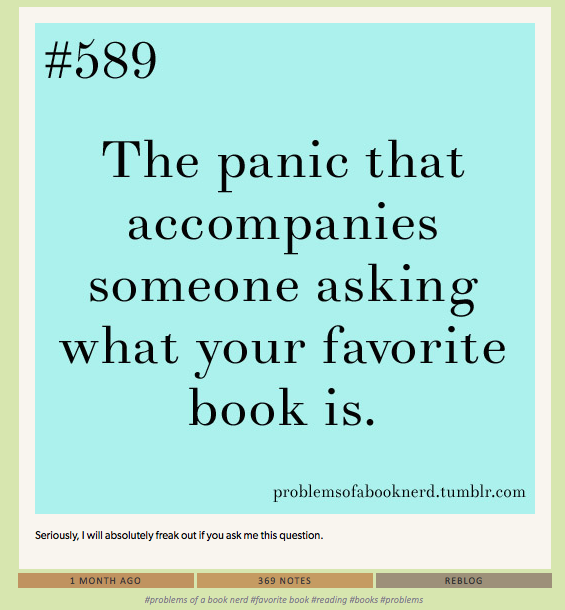 This is an example of some of the many posts. They’re funny little situations that many readers have either experienced, or heard stories of. I’ve seen a lot of these pinned on Pinterest and posted on Facebook. I never knew where they came from and I’m so glad I found this tumblr. I’m currently working my throw the archives. My favorite so far is this one below. 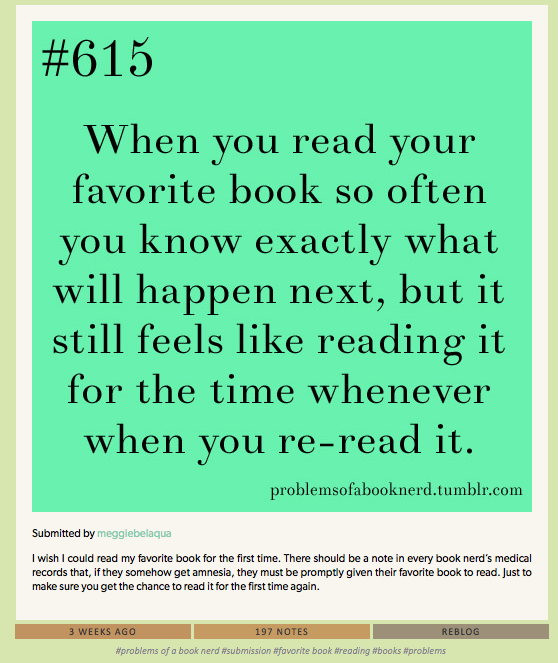 I love the note at the bottom. I think that’s a beautiful thought.

In addition to these posts, the girl who runs the blog answers questions her followers have messaged her. Most of them have to do with favorite books and book experiences but occasionally there are some other, non-book related questions topics.

I’m still figuring out this whole Tumblr thing and I like that I’m finding new blogs to follow. I love reading and I never have enough time in my schedule to do so as much as I’d like. So, I have to live vicariously through Pinterest book boards and now Tumblr blogs like this one.