I’m cheating a little because my new discovery is actually something I “discovered” a few months ago. This week I’m talking about The Civil Wars. 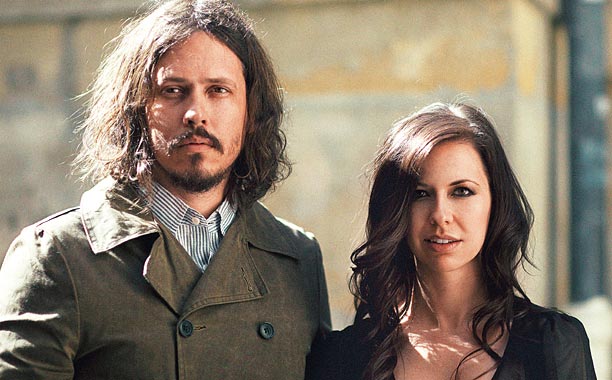 The Civil Wars is a band (or duo, I suppose is more accurate) that would best be described as Country artists. Joy Williams and John Paul White are the two songwriting members that form the group. I first heard of them when they teamed up with Taylor Swift for the song, “Safe & Sound,” which was featured on The Hunger Games soundtrack.

Back in September (2013) I went to a trivia night for a networking event. The team I was on won third place and the prize was a goody bag full of DVDs, CDs, and even a few LPs. I happened to take a bunch of the unwanted music home (my teammates picked out what they liked and were just going to leave the rest, so I went ahead and claimed it), and in that pile was The Civil Wars CD, The Civil Wars. It took me a while to finally get around to listening to it, and after the holiday break I decided to put it in the CD player in my car.

I absolutely love it! They have a bit of a gospel vibe mixed with old school Country roots. It’s a little dark and moody, and I love both of their voices. Sadly they recently called it quits. I’m not sure what happened (probably “artistic differences”) but I’m glad they made this album when they did. I understood immediately why there music was featured on The Hunger Games soundtrack. It sounds somewhat dystopian and bluesy. It fits right in with the atmosphere of District 12.