I’m celebrating turning 30 at the end of the month by posting a bunch of my favorite things on this blog and my YouTube channel. Today I’m finishing the countdown of my favorite albums. If you missed my Favorite Movie Moments, click here for the first, second, third, fourth, and fifth posts. If you missed my first Favorite Albums post, click here.

I think I ended up stealing my dad’s tape of this album when I was little, and played it over and over in my walkman. I listened to it again recently and didn’t remember much beyond the hits but Tom Petty was definitely one of my favorite artists growing up, and still is. So glad I was able to see him several times in concert before he passed away.

Favorite Track:
“Free Fallin'” was the first song I ever identified as being my “favorite song.” I don’t know exactly how old I was when I first saw Petty in concert (had to be maybe nine or ten) but I do remember staying up long enough to hear “Free Fallin'” and then immediately after falling asleep.

#5 – Bringing Down the Horse 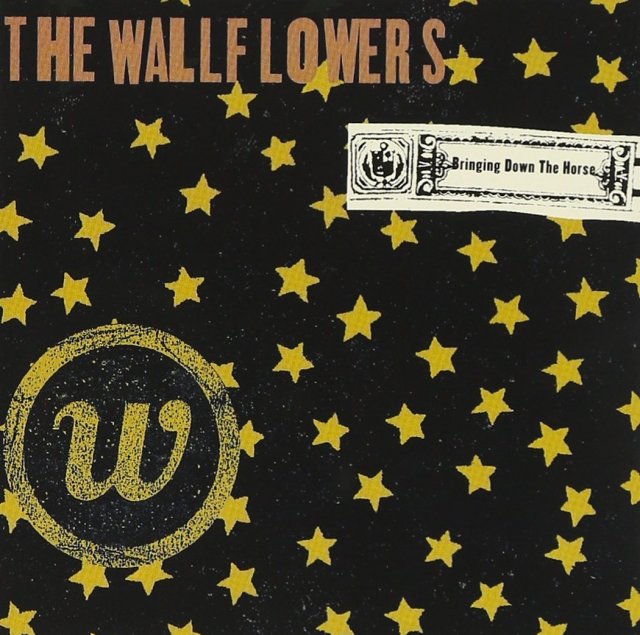 This was the first album I ever owned. I saw the music video for “One Headlight” on MTV and instantly developed a crush on Jacob Dylan. Then when we were on a family trip to San Francisco, and my dad was doing some Christmas shopping, he asked me before going into the music store if there was any band I liked. I said I liked The Wallflowers, and so he bought me my first cd. I’m quite proud of little ten year old me for having such impeccable taste.

Favorite Track:
Though “One Headlight” will always hold a special place in my heart for introducing me to the band, as I’ve gotten older, I’ve found myself more drawn to some of the B-tracks, like “Josephine.”

I mentioned in a previous post that I think Taylor Swift’s best songwriting shows up on her album Red but I think Speak Now is her most thematically cohesive, and it is my personal favorite. After burying my head in the sand for too long, I was shown the light and introduced to more of her music, particularlly this album. I loved the imagery depicted in her songs, and the fairytale life she was presenting through her music. The songwriting shows a little more maturity and demonstrates that its author has faced more of life’s disappointments. Despite all this, she still maintains a more whimsical view of the world. It’s kind of sweet to revisit the album now and see the world through the eyes of the unabashed dreamer she used to be.

Favorite Track:
“Better Than Revenge” is a song I don’t think I will ever hear Taylor Swift perform live. It’s her most unapologetic takedown of one of her “foes” and I love it for all the reasons she probably won’t ever revisit it. It’s harsh, and angry, and spiteful, and feels exactly like what you feel when you’ve been betrayed. It’s too politically incorrect for most listeners nowadays but man is it a fun revenge song to rock out to.

Walk the Moon was in the process of recording this album when I first discovered them. So this album feels more special to me because I got to see them before their big hit, and I got to experience their joy and excitement as they hit major success. Their latest album is much calmer in terms of mood, and that’s okay but I fell in love with this band because of their ridiculous high energy, and they delivered so much of that on this album.

Favorite Track:
One of the reasons I was so taken by Walk the Moon was because they played “Shut Up and Dance” at that Greek Theatre concert I mentioned in my last post, and they got the whole ampitheatre to get up and dance. As much as I love the finished recording, there is nothing quite like hearing that song live with hundreds of other fans singing along.

Panic! at the Disco

It’s great to follow a band over the course of their career and see their different attempts at style changes and music shifts. It’s even better to see them succeed at these experimentations. Death of a Bachelor is the best Panic! at the Disco album to date. The sound of the songs is more self-assured and the lyrics are excellent. On top of that, the songs are also incredibly fun. It’s great to have music move you emotionally and speak to you on a deeper level but it’s also wonderful to want to dance to something energetic and fun. Death of a Bachelor loads itself with lots of upbeat, dance-worthy songs, and still gives some of those necessary emotional punches that you might be looking for.

Favorite Track:
“LA Devotee” is a love letter to the city of Los Angeles. Need I say more?

This album is sixteen years old. As much as some of the other things on this list have made me feel older than I want to, this one makes me feel ancient, and it makes me feel the saddest. Phantom Planet was the first band I really discovered on my own and fell in love with. While some of the other bands on this list may have contributed to the soundtrack of my youth, Phantom Planet was the score I lived by. This band meant so much to me, and when they decided to no longer make music as “Phantom Planet,” it broke my heart. I had so many chances to see them perform live, and I will forever be grateful for being that lucky. I still love their music but now whenever I listen it’s sort of bittersweet knowing that they aren’t going to be releasing anything new together. Their music had a big impact on my life and I have enjoyed being their fan these last sixteen years.

Favorite Track:
I love all of these tracks so much but I’m going to have to go with the one that started it all. I first heard “California” on the radio one night when I was getting ready for bed. I was exhausted and about to turn it off when the song started playing. I was immediatley drawn in by that simple piano string at the begginning, and sat up in the dark, despite being ready to pass out, to hear the rest of the song. I bought the album soon after, and the rest, as they say, is history.

One thought on “#30DaysofFavorites: Favorite Albums (6-1)”